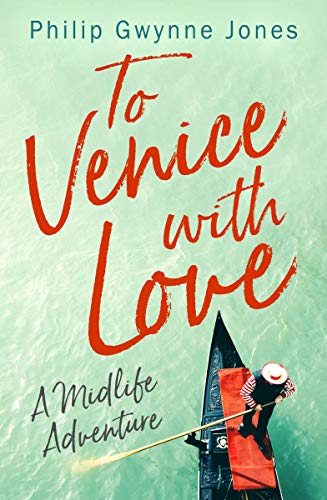 Have you ever wondered what it would be like to pack up your entire life and move somewhere absolutely magical? Ever half-jokingly contemplated moving to Italy as you adjust to life back home after a trip to the bel paese? Or maybe you have real intentions of making the move someday (I do), and are curious about other people’s expat experiences in Italy.

If any of the above apply to you, you’ll love Philip Gwynne Jones’ memoir, To Venice with Love: A Midlife Adventure.

Philip Jones and his wife, Caroline, both hated their careers in banking. They vacationed in Italy every year, and every year, when they returned home to Edinburgh, they talked about moving to Italy, signed up for Italian lessons, and dropped out after a few sessions—only to start the entire cycle again after the next year’s trip.

Cue the 2008 economic crisis, which left the couple “fac[ing] redundancy, in middle age, in a sector that was dying on its knees.” Instead of crumbling, they took advantage of the crisis. They sold their home, got rid of most of their belongings, and retrained as TEFL teachers. Then they moved not just to Italy, but to Venice—the peculiarities and popularity of which make it one of the world’s most challenging places to set up house.

Philip and Caroline live there still. They do work they love, teaching English and translating. They have a flat in Giudecca with a terrace overlooking the Redentore. They have friends and are involved in the community. They adopted a cat.

And almost by accident, Jones fell into a career as a novelist. His fourth novel, Venetian Gothic, was just released.

Every crisis is an opportunity, friends.

It wasn’t money that enabled Philip and Caroline to build a beautiful life in the Serenissima. In fact, money was extremely tight. They didn’t know for sure if they’d be able to stay in Italy for the long term or end up back in the UK scrambling for any work they could find.

It took courage, not money, for the Joneses to make their dream happen.

Not that the entire experience was dreamy, of course—but isn’t that part of the fun? To Venice with Love certainly leverages the less-than-dreamy aspects of the expat experience: with candour and wit, Jones shares the struggles and anxieties as well as the moments of triumph and euphoria that make up any real life adventure. An anecdote about teaching English to a class of 13-year-old Italians struck me as so funny that I re-read it a dozen times, laughing out loud every single time. A story about a broken furnace, freezing flat, and hedging landlord drove home the difference between visiting Venice as a tourist (so romantic!) and actually living there (so problematic!). 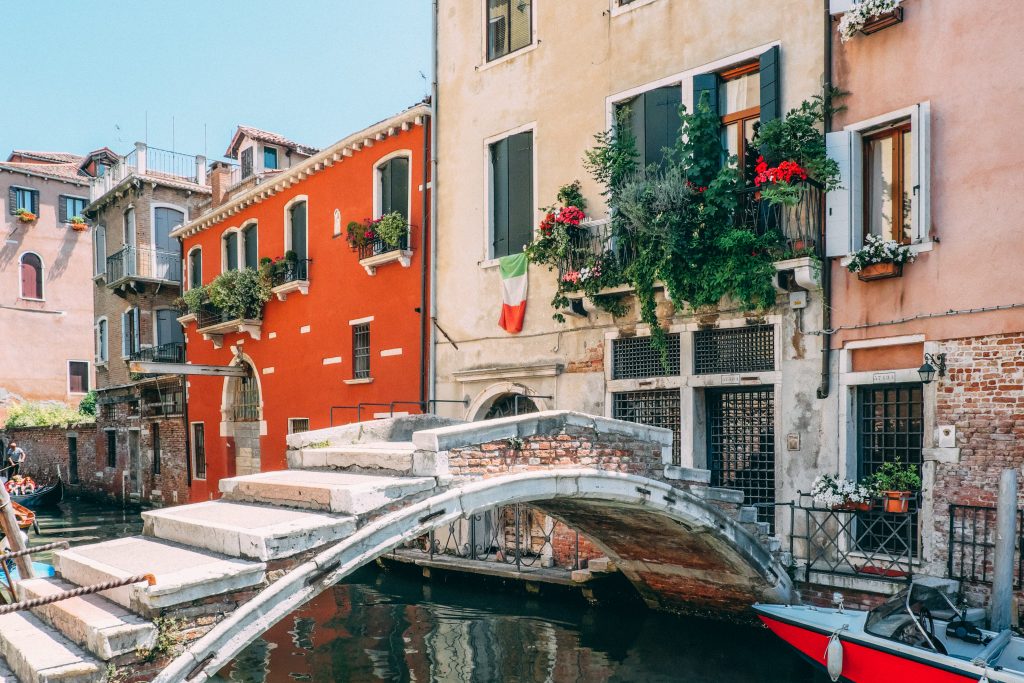 With travel abroad not much of an option right now, To Venice with Love was just what I needed. As the paratext of the memoir so reassuringly asserts, “It’s never too late to have a big adventure.” Travel adventures will be something we can do again. I firmly believe that once the global situation is under control, tourism will come roaring back (and here’s hoping we’re smart enough to make it as green a recovery as possible).

And that dream of moving to Italy someday? The Joneses’ story is proof positive that it can come true if you really want it.