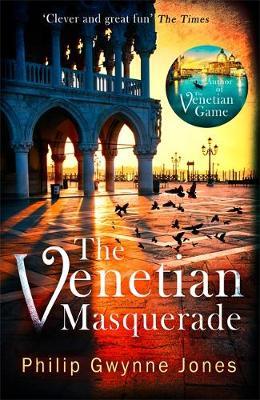 After enjoying Philip Gwynne Jones’ memoir, To Venice with Love: A Midlife Adventure, I immediately ordered his novels—mostly out of curiosity about how Jones accidentally fell into a career as a novelist. If there were a word for feeling simultaneously jealous of, impressed by, and happy for someone, that’s the word I’d use to describe how I feel about Jones. He ditched a boring career in the UK, moved to Venice, found a flat in the Giudecca overlooking Il Redentore, started teaching English to pay the bills, and then—without really trying—found himself with a publisher and a multi-book contract. Who moves to Venice, one of the world’s most beautiful and impossible-to-settle-in cities? What kind of first-time writer has a publisher pursue them? Jones’ kind does, and I can’t help but be impressed. I hope they make films out of his novels, and that he retires fat and happy in La Serenissima.

The Venetian Masquerade, Jones’ third novel, would make a fun film. (Novels 1 and 2 took longer to arrive, so I’m reading the books out of order). As the title suggests, the novel takes place during Carnevale, and Jones’ descriptions of the costumes are pleasingly cinematic—despite the fact that most of said costumes are from the “crap stands” that clutter the city. Jones doesn’t sugar-coat the reality of Venice; for every description of an evocative calle or a dramatic (non-crap-stand) costume, there’s a description of the crowds that at times make Venice almost unliveable for locals. 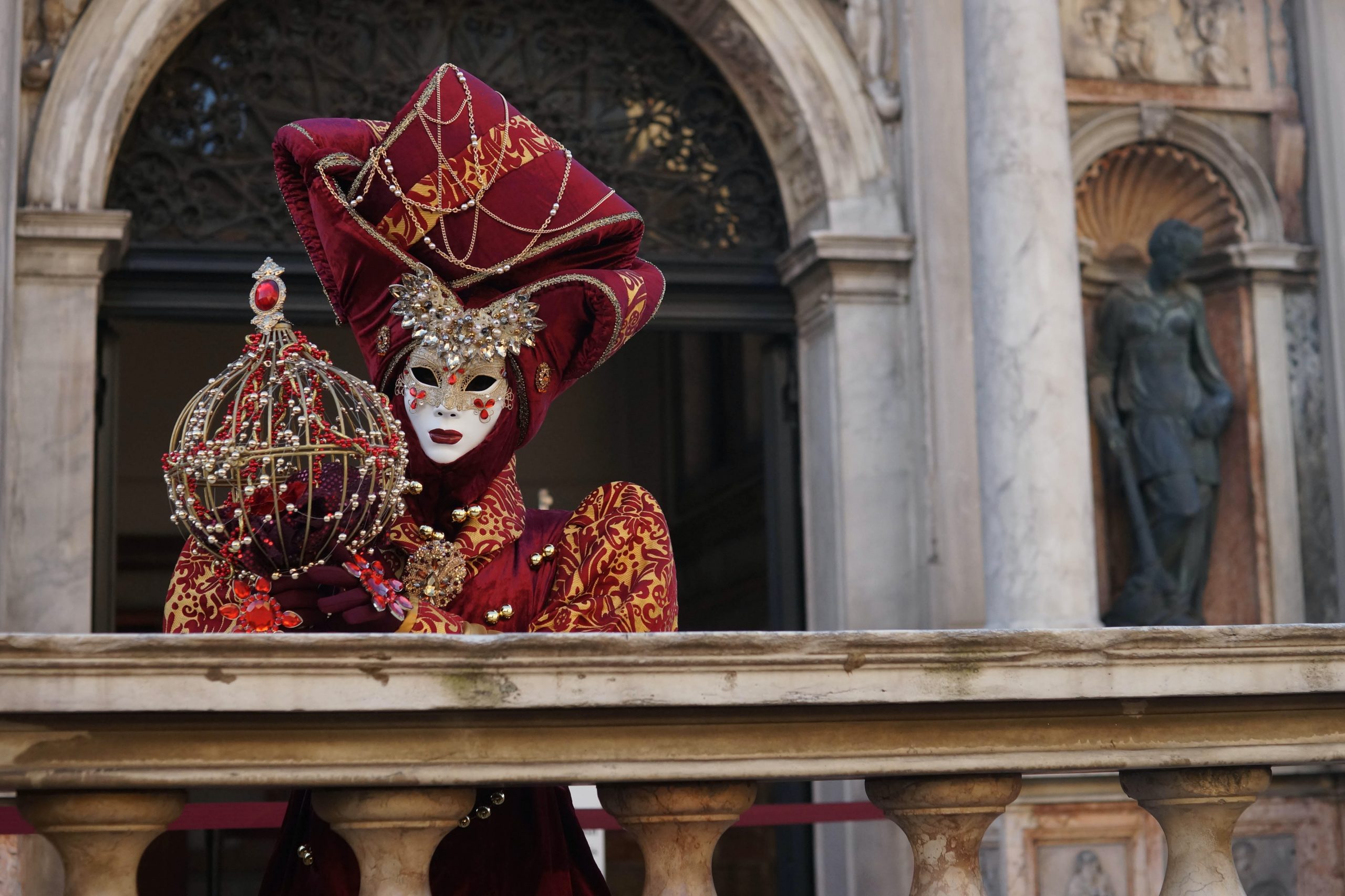 Still, Venice has its compensations—fritelle, for example, which Jones quite clearly adores. If a film were made of The Venetian Masquerade, it would have to include fritelle, which Jones describes in the novel’s glossary as “Venetian-style donuts . . . [t]ypically, and mercifully, only available during Carnevale.” (You burn ‘em off during Lent.) It would also have to include the visually stunning La Fenice, because this is where the novel’s action begins: a night at Venice’s famed opera house ends with a patron fatally stabbed in his seat.

This sends the protagonist, an ordinary, likeable UK expat named Nathan Sutherland, on a quest for a lost opera by Monteverdi. More murder follows as the story unfolds with surprising twists and turns—and many a drink for the protagonist along the way.

If you’re trying not to drink or if you struggle with alcohol in any way, this may not be the best read for you. Nathan is, as mentioned, a likeable guy—not least of all because of his appetite for food and drink. Reading this novel, I was constantly thirsty for a Negroni, a spritz, a glass of red wine, or a caffè corretto. Jones is just as good at describing the pleasures of the palate as he is at describing Venice. Example: “I took a taste of my spritz, the ice cubes clinking against my teeth, enjoying the icy bitterness in my mouth.” 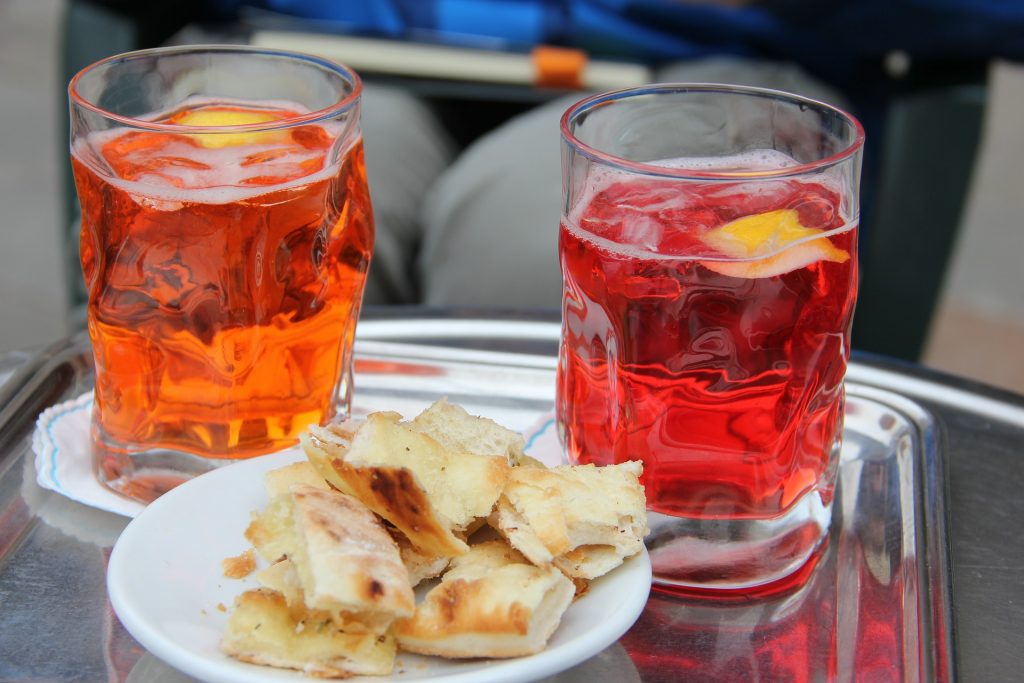 Along with food and drink, the novel serves up plenty of wonderful music. I love a novel that compels me to look things up, and The Venetian Masquerade did this repeatedly. From Monteverdi’s L’incoronazione di Poppea to Mozart’s “rage aria” Der Hölle Racht to the Alan Parsons Project and much more, Jones’ novel is packed not so much with musical references, but rather with implicit demands that you pause in your reading and listen to the piece in question right now. (Ideally with a drink in your hand. Just saying.)

Nathan’s gem of a girlfriend Federica and best friend Dario are as likeable as he is. His irritable cat Gramsci is not only entertaining, but also a well-rounded character in his own right. I enjoyed The Venetian Masquerade enough to immediately start reading Jones’ next novel, Vengeance in Venice. The stories are good but, as is the case with so many mystery series, the real draws are the ambience and recurring characters. The Venetian Masquerade hits all the right notes for a cozy and compelling mystery, and I expect we’ll be seeing bookstore shelves fill up with volume after volume from Jones. (His fourth and most recent novel, Venetian Gothic, was published in April 2020).